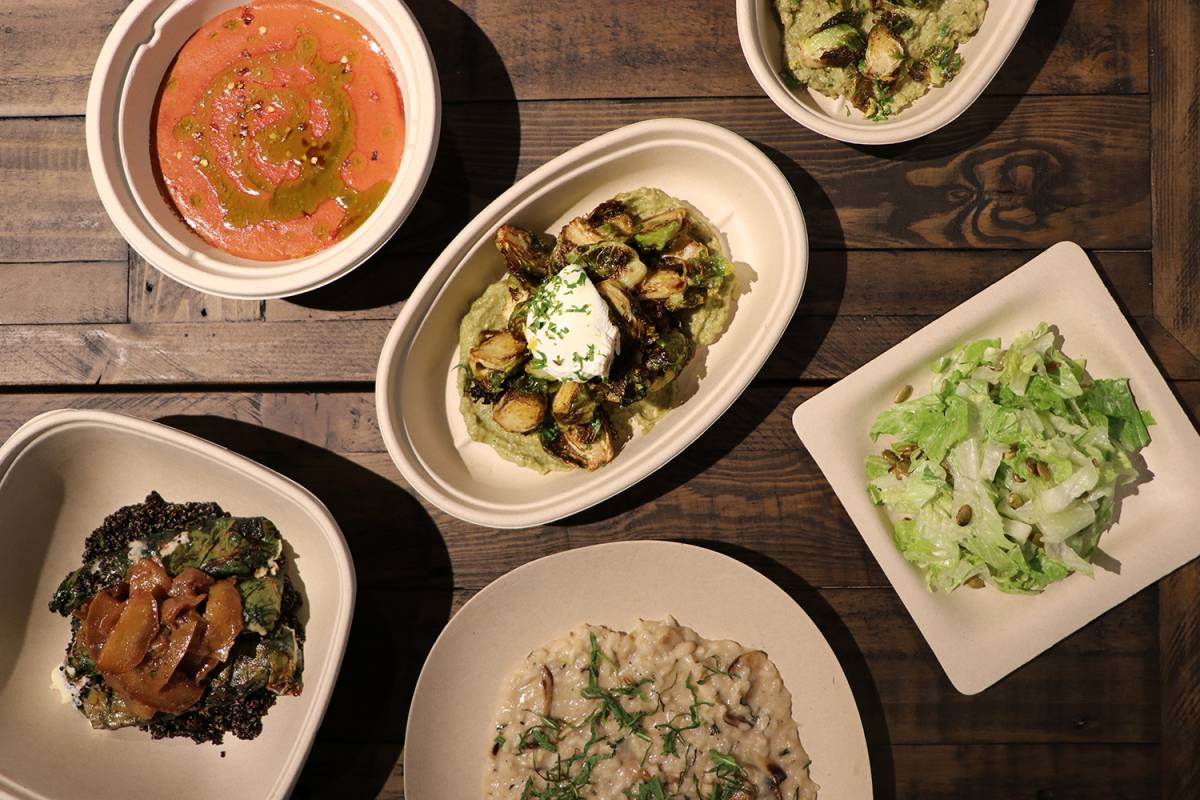 Posted at 18:09h in Local News by Heidi Clarkson

Metro Vancouver has a new plant-based restaurant to look forward to.

Amaranthus is the name of the vegetarian and vegan spot that will open on May 1 in New Westminster’s River Market (112 – 810 Quayside Drive).

Taking over the former home of chef Angus An’s Freebird Chicken Shack (which is said to be reopening this spring in Chinatown), Amaranthus is a joint venture of Alejandro Diaz, who owns the hugely popular contemporary Mexican restaurant El Santo, also in New West, and executive chef Sam Fabbro.

“As someone who regularly eats vegetarian food, I wanted to create a restaurant that elevates the plant-based dining experience and celebrates the amazing produce that we have here in B.C.,” says Diaz, who opened El Santo in 2015 following a career as an accountant. “With more and more people recognizing the health and environmental advantages of a plant-based diet, I wanted show people that cutting out meat doesn’t mean sacrificing taste.”

The 40-seat restaurant’s name comes from the Latin word for amaranth. It’s a type of grain used to make alegrías, a traditional sweet that Diaz remembers fondly from his childhood in Mexico City.

“Our goal with this menu is not to try to replicate meat dishes, but rather to showcase the inherent beauty of the plant-based ingredients that we’re using,” says Fabbro, who studied culinary arts at Vancouver Community College and who has held positions at Raincity Grill and Cin Cin, among other local restaurants. “We have specifically decided to display our menu on an erasable chalkboard so that we can swap dishes in and out based on what’s available at the farmers market on any given week”.

Examples of menu items include caramelized citrus salad, wild-mushroom risotto, and a roasted-celeriac burger with smoked-blueberry barbecue sauce. Many dishes can be either vegan or vegetarian, depending on diners’ preference.

The team has also decided to donate partial proceeds from certain menu items to IMPACT Parkinson’s, a New Westminster-based non-profit that supports people living with Parkinson’s disease. The idea came about after Diaz met Michael J. Fox at El Santo earlier this year. The Canadian actor was diagnosed with Parkinson’s in 1991 at age 29; he went on to establish the Michael J. Fox Foundation for Parkinson’s Research.